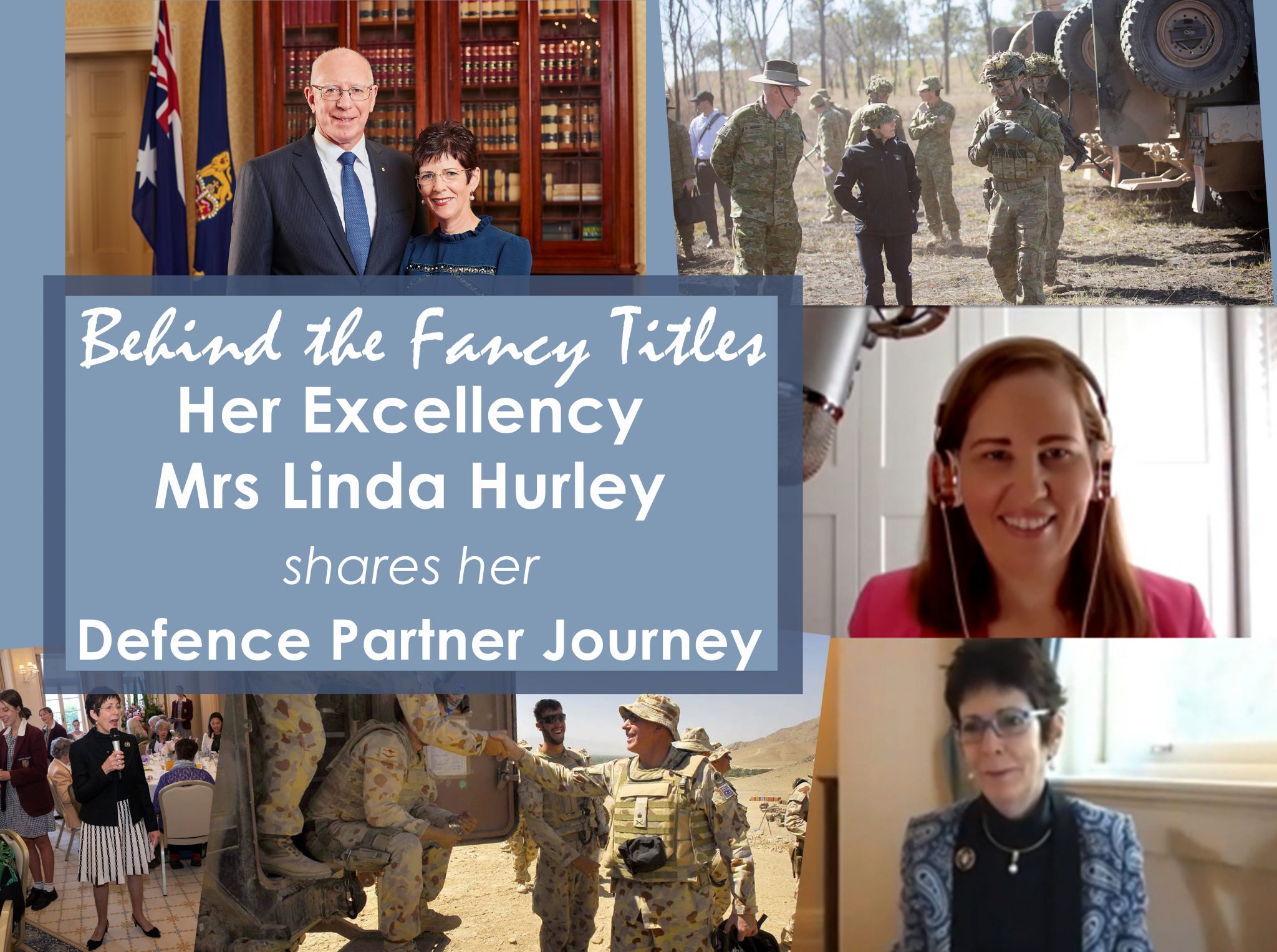 When I started the Military Wife Life Podcast I wanted it to be a place where amazing, everyday Defence Partners were acknowledged and celebrated. I wanted the podcast to allow Defence Partners to tell of their sacrifice and strength.

I wanted to tell the real stories of Defence Partners.

And so after meeting at a function and bonding over our defence life experiences I took a chance and asked Her Excellency Mrs Linda Hurley if she might consider coming on the MWL podcast to tell her story. It was the end of the night and she had mingled and chatted for hours and I was the last in a line of eager people wanting a few minutes of her time.

I was bursting to tell Mrs Hurley in person that I admired the way she had worked, all those years ago, to bring defence partners together through a typed magazine she had helped establish called the Spouses of Somalia. It was a magazine meant for defence partners and families of those troops on deployment in Somalia of which His Excellency, General the Honourable David Hurley Commanded the 1st Battalion during Operation SOLACE in 1993.

Who better to have on the MWL podcast? Mrs Hurley has experienced it all. Over 25 moves, DHA housing, deployments, juggling kids solo, finding meaningful employment, making friends, homecomings. All of it. Later on, Mrs Hurley would continue to navigate defence life and work as a teacher while her husband climbed the ranks culminating in being appointed Vice Chief of the Defence Force and then Chief of the Defence Force before retiring from the Army in 2014. Mrs Hurley had over 40 years of defence partner stories to regale and I wanted to hear them.

When we met at the function in person, Mrs Hurley and I chatted and laughed and took comfort in that sense of shared knowing. That knowing that doesn’t even need to be explained between defence partners. We know what each other has experienced. We know that feeling of missing your person. We know the excitement and adventure that is often balanced with so much unknown and the feeling of new. We know the challenges faced and the celebrations experienced. The leaving and the coming home. The tears. The amazing community. The moving and the starting over. It is that sense that we know even without explanation that brings so many of us, defence partners, instant deep connection. We just know.

Mrs Hurley and I were engrossed in our conversation so much so that even a tap on the shoulder and a waiting Governor-General wasn’t going to pull Mrs Hurley away. We connected over the fact that the MWL Podcast was like a modern-day version of the typed magazine she had helped put together to connect and inform defence partners. The Spouses of Somalia magazine acknowledged that defence partners and families played a huge role in support of the defence member and their successes. It gave those experiencing separation and the unknown a sense of belonging and information.

Mrs Hurley may now live a very public life alongside the Governor-General but I wanted to ask her about the life that came before the fancy titles. The life that included a defence house in Wagga, posting adventures overseas, emotional reunions and welcome home dinners at Pizza Hut. I wanted to hear about her life and her defence partner journey. I was over the moon that when asked to come on the MWL Podcast, without pause, Mrs Hurley’s answer was “of course, anything I can do to help spouses I’ll do.”

I’m honoured to welcome Mrs Hurley onto the MWL Podcast. This is her Defence Partner Story.